FIRST TESTIMONIAL OF PEOPLE AND HABITS

The history of the village, the origin of the name and the habits of the people were best described by don Krsto Stošić in his book on the villages of the Šibenik district. From 13th to 17th century the name of the village underwent many changes. During this period it was called Jurjevgrad, which was the name of the fortress on the Sv. Nikola hill, as noted by the Venice commander and proveditor Leonardo Foscolo around 1650. There was also a Sv. Nikola church, while the fortress has since been reduced to ruins, which serve as a memento.

Šibenik records dating back to the middle of the 15th century mention names Tribohunj and Tribohum, which led to the Italian name of Trebocconi (three pieces), which stood for a castle on the tiny peninsula. The name was also spelled as "3bocconi", which is why you can naively assume that the word was used to derive the present name of Tribunj. According to the available records, it seems that the origin of the current name is much older. The aforementioned don Stošić claimed that the name is derived from words Trebunj or Trebić, which stood for the autumn sun god of the heathen Croats, while Miklošić believed that the name comes from the term Trebište, an Old Church Slavonic word for a place of sacrifice

Tribunj spread from the mainland to an islet connected via a bridge during the attacks of the Turks, when the population took shelter in the fortified castle. The population was large, which resulted in narrow streets with many packed houses, which, according to don Stošić, made Tribunj unique in the Šibenik district. Alberto Fortis, Italian theologian and traveller wrote in his 1774 book "Travels Into Dalmatia" that the village was poor and ugly, surrounded by a wall and connected to the mainland with a stone bridge.

The village walls were also present in the time of Napoleon I, and the Austrian government built a seaside dock made with white stone. The local government and the villagers extended the shore and protected it by adding large rocks and soil so that the waves would not reach the houses. The nocturnal procession on Good Friday around the peninsula is a Tribunj tradition, and was first held in 1935 after the coast was arranged.

Don Stošić writes that in 1298 Jurjevgrad had 26 houses and 167 inhabitants who mainly came from surrounding villages, mostly from Kameno selo near Vodice in the 16th century. In mid 20th century the parish had 1303 inhabitants and 177 around the world. Don Stošić also writes that the people mostly engaged in agriculture and produced good wine and plenty of oil.

In the 18th century they started making lime, and Alberto Fortis says that Tribunj and Vodice abound in cherries, which the people of Zadar then buy to make liqueur. The land in the Tribunj and Vodice field belonged to the Šibenik bishop's mensa that gave contributions to the municipality of Šibenik. In the 18th century Tribunj becomes the vacation destination of the upper classes, mostly captains and commanders from the area, but also from Venice. The elementary school was opened in 1902 (on the place now housing the municipal building), and Hrvatska Seljačka Sloga opened its home in 1939.

Although it is believed that the name of the village comes from words Trebunj or Trebić used by the heathen Croats for the autumn sun god, this area has a long Christian history, as proven by the rich religious heritage. In his book "The Villages of the Šibenik District" don Krsto Stošić writes that in the late 13th century when the Šibenik diocese was established Tribunj (then called Jurjevgrad) belonged to the parish of Ivinj, which it separated from in 1460 to form a new parish.

The oldest church in the village, the Church of the Visitation of the Blessed Virgin Mary was built in Vrtli in 1435, and is now sometimes used to host exhibitions. Mass is celebrated only on 8 September, on the Feast of Blessed Virgin Mary. It is protected as a monument of culture.

One of the most recognizable parts of Tribunj is the church of St Nicholas and its old cemetery located on a hill of the same name. The Schematism of the Šibenik diocese states that its building was initiated in 1452 by Šimun Šižgorić, but it seems that the works did not start until 1475 due to a lack of funds.

In the past it was used as a parish church, as stated in Običajnik Župne Cerkve S. Nikole u Tribunju, published in 1860 in Zadar. The path leading to the top of the hill has chapels used as stops on the Way of the Cross during the Lent.

Every year the feast of St Nicholas, the protector of the village and the Municipality, is marked by a mass. Thanks to the attractive location, more and more couples from all over Croatia get married in this little church. It is protected as a monument of culture.

Next to the peninsula's rectory there is the St Mary church dating back to 1732 and restored 10 years ago. Today the Tribunj Cultural Association uses it to host plays, exhibitions and concerts.

The youngest of the churches is the parish church of the Assumption made of white stone and built from 1883- 1885. It is located at the foot of the Sv. Nikola hill, opposite the peninsula and protected as a monument of culture. 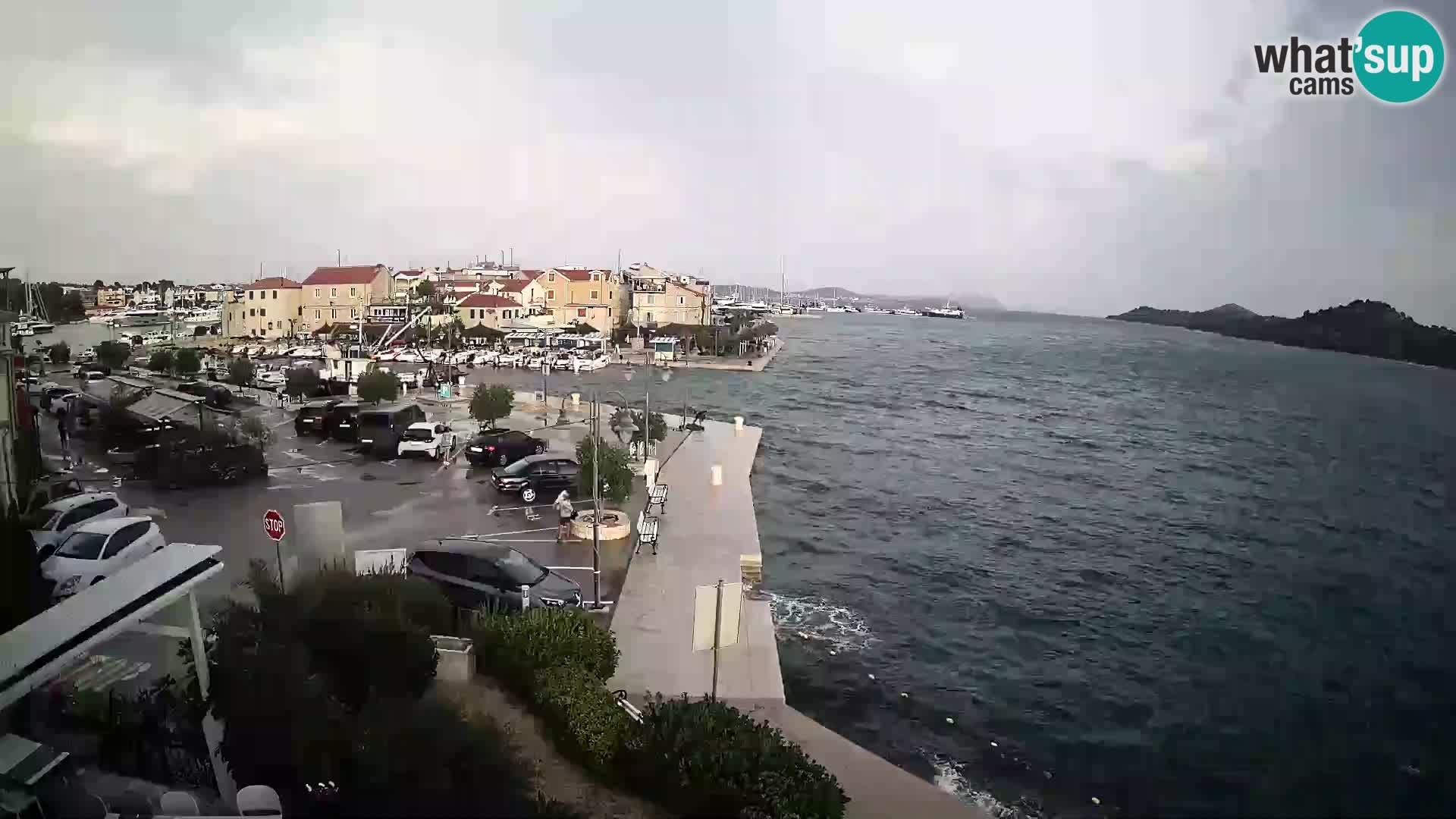